Molecular geometry and molecular graphics: Natta’s polypropylene and beyond

In 1954, Giulio Natta and his group at the Politecnico di Milano first synthesized isotactic polypropilene (iPP), which since then has become one of the most widespread and versatile commodity plastics. In recognition of this work, Natta was awarded the 1963 Nobel Prize in Chemistry, jointly with the German chemist Karl Ziegler. Since the very beginning, Natta realized that the properties of iPP were linked to its crystallinity, and in turn this depends on the precise arrangement of the atoms which allows the chains of this polymer to adopt a regular helical geometry (see Figure 1). Natta’s work on synthetic polymers was almost simultaneous with other history-making work on the structure of biopolymers. Interestingly, also these frequently adopt a helical pattern: think of the alpha-helical motif in proteins discovered by Pauling (see Figure 2 for an example) and of DNA’s double helix discovered by Watson and Crick. Clearly, the building of three-dimensional physical models and the graphical representation of molecular structures were central to these exciting discoveries. Since then, materials science and structural biology have evolved at an exponential rate and their paths have diverged, to a large extent. In both areas, however, the description of complex molecular geometries has certainly grown in importance. This has been made possible also by striking progress in graphical hardware and software, as will be demonstrated with a few of examples from the scientific literature. 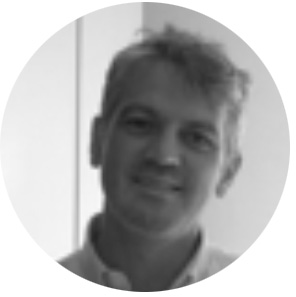 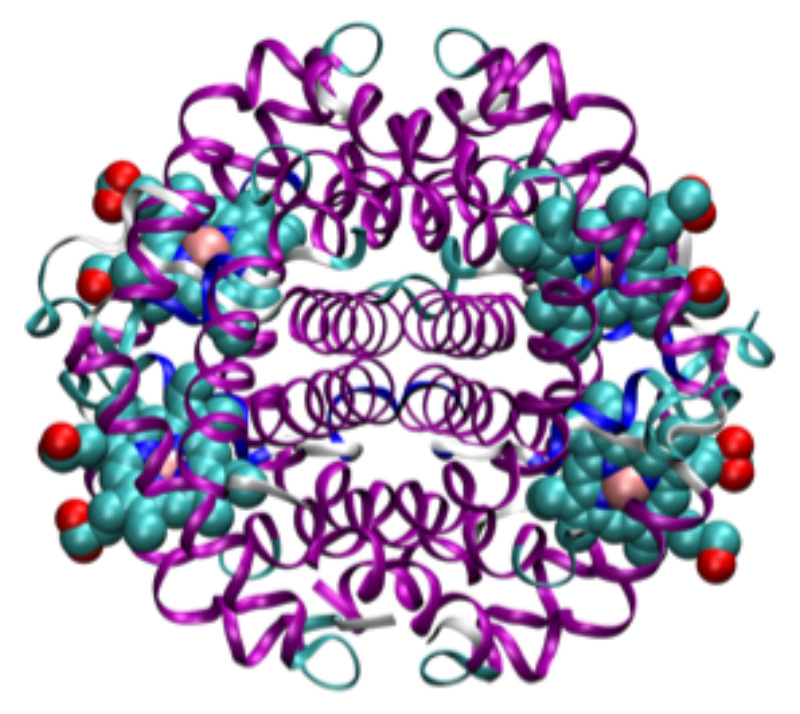 A modern “ribbon” representation of the structure of human Hemoglobin, which is rich in alpha-helical patterns (in purple)